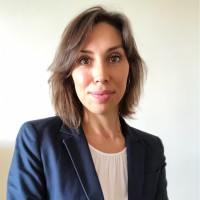 After 13 years at the head of Laboratoire PYC, Roger Borne leaves for a deserved retirement.

Roger BORNE, who arrived in 2007 at the head of Laboratoire PYC, has developed this French company, thanks to significant international growth. These new markets brought immediate growth in sales of food supplements and high protein diet. This growth has been sustained throughout the last few years, leading Roger BORNE to increase the production capacities of the factories from year to year. After 13 years of investment within the SOLINA Group, Roger BORNE is leaving for a deserved retirement.

Caroline GUYON, who worked for 9 years with Roger BORNE as Sales Manager, has taken over the management of Laboratoire PYC. “The aim is to keep the PYC spirit alive, while pursuing international development,”  she says.

Innovations in diet products and food supplements remain at the heart of the company’s strategy; to this end, the Laboratoire PYC team continues to expand with new hires in 2021. The whole team, which remains committed to continuing the company’s growth, thanks Roger BORNE for all these good years and wishes Caroline GUYON every success. For more visit laboratoire-pyc.com

Faber to step back as Danone CEO