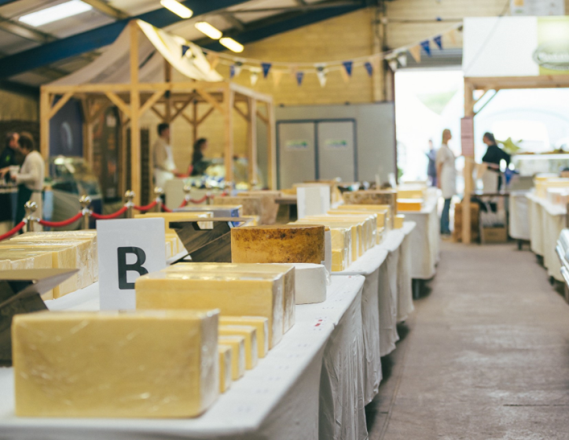 The British Cheese Awards will return on Wednesday 5 October, with The Bath & West Showground now preparing to host the biggest celebration of British cheese since the COVID-19 crisis began. This year’s event will be the first edition of the awards since 2019, giving the industry the opportunity to come together and celebrate both the survival of the nation’s finest cheeses and the emergence of many new cheeses in response to the challenges imposed by the pandemic.

Among this year’s 490 entries are 20 brand new cheeses that have been created since the British Cheese Awards last took place. These new cheeses represent the sudden boom in creativity that was witnessed within British cheese, following huge losses in business as the hospitality sector was closed down during successive lockdowns, and these newcomers will now line-up alongside the much-loved territorials and other classic cheeses that came under such pressure during this period.

The 50-strong judging panel will be made up of cheesemakers, cheesemongers, cheese experts, buyers and commentators, who will assess all entries from England, Scotland, Ireland and Wales in a single day.

Entries will be judged in individual classes during round one, as the panel decides upon gold, silver and bronze award winners. During the second round, all gold award winners from each category will be judged alongside one another to identify the category winners, before all category winners are judged during the final round to find this year’s Supreme Champion and Reserve Champion. The 2022 Supreme Champion will be revealed during the British Cheese Awards Dinner on the evening of Wednesday 5 October.

Having been forced to cancel the last two editions of the competition due to the COVID-19 crisis, the British Cheese Awards will take place during The Dairy Show for the very first time, creating an event that will cover everything from agriculture and production, right through to the finest examples of British cheesemaking.

The British Cheese Awards, organised by The Royal Bath & West Society, will take place on Wednesday 5 October at The Bath & West Showground in Shepton Mallet, Somerset.  For more visit britishcheeseawards.com