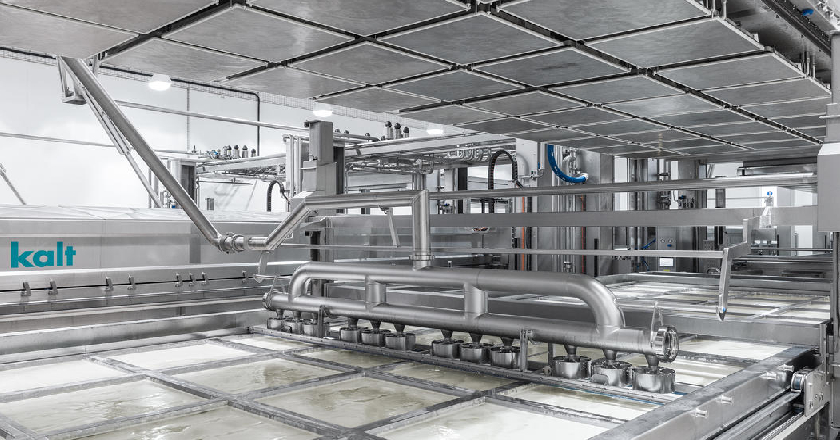 The industrial investor CGS is acquiring Kalt Maschinenbau AG (Kalt) from its current owners, the Winkler family. CGS will mold Kalt’s business into a new industry group in the cheese-making technology sector, striving to sustain the growth seen over the past years. Ongoing internationalization shall expand existing markets while muscling up in new ones, broadening the product portfolio, and bolstering the service business.
Kalt is a leading international specialist in cheese, dairy, and process technology. Founded in 1962 and headquartered in Lütisburg in eastern Switzerland, the company develops and produces machines and systems for a broad customer base spanning the globe, ranging from traditional cheese dairies to industrial manufacturers. By focusing on technology, quality, and automation, Kalt has succeeded in recent years in streamlining its customers’ cheese production while making it more hygienic and flexible, less prone to failure, and thus more cost-effective.
The siblings Nadine and Stephan Winkler took over Kalt in 2006 after the death of their father Roman Winkler and have been managing its operations since 2010. During this time, Kalt has been able to grow substantially and strengthen its market position sustainably. After ten years in this role, Nadine and Stephan Winkler would like to chart a new professional path and have thus decided to entrust their company to CGS. Both will remain in their current operational functions for a transitional period and Mr. Winkler will remain on the Board of Directors as well.
CGS, a leading Swiss investment firm in industrial sectors, will leverage its wealth of experience in further developing the business of mechanical engineering firms to support Kalt in innovation management, digitization, and the expansion of its international sales and service presence. An intensive Buy & Build strategy including add-on acquisitions shall bolster Kalt’s market position and keep its growth of recent years on track.