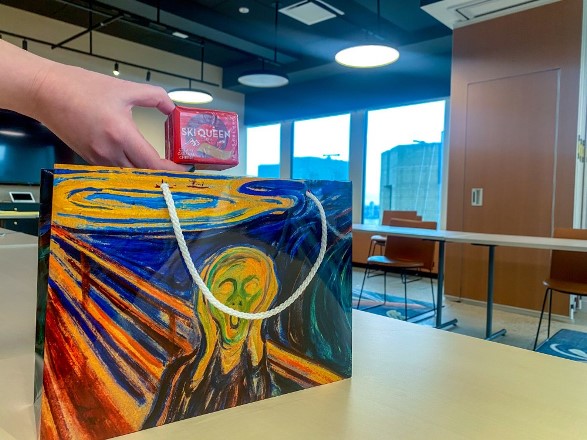 What the world needs now – is sweet Norwegian brown cheese

Norwegian UN ambassador Mona Juhl began her first term as head of the presidency in the UN Security Council in New York this week.

January is Norway’s first month of leadership, after the small northern European nation being elected new member of the UN`s most important tool for conflict resolution in an increasingly restless world. On this occasion, the Norwegian UN delegation presented the traditional Norwegian brown caramel cheese, known under its US brand: ‘Ski Queen’ – as a symbolic gift to the other member states.

The ‘Ski Queen’ is known to the Norwegians as the ‘Gubrandsdalsost’ meaning ‘the cheese that comes from Gudbrands Valley’ – in the mountain regions of southern Norway.

It’s a tradition that the new chair-nation marks the start of its presidency by presenting cultural markers as a symbolic gift to the other member states. Therefore, the national delegations from the member states, among them Kenya, Ireland, India, Russia, the US, and China, each was offered a Norwegian milk chocolate and a block of brown cheese with a traditional cheese slicer as a gift from Norway’s delegation.

The fact that Norway chooses to show off the brown cheese as a new export-brand on the international arena is not random. In 2021, the dairy company TINE, that markets the cheese, exported between 700 and 800 tons of brown cheese produced with milk from Norwegian cows and goats.  For more visit tine.no