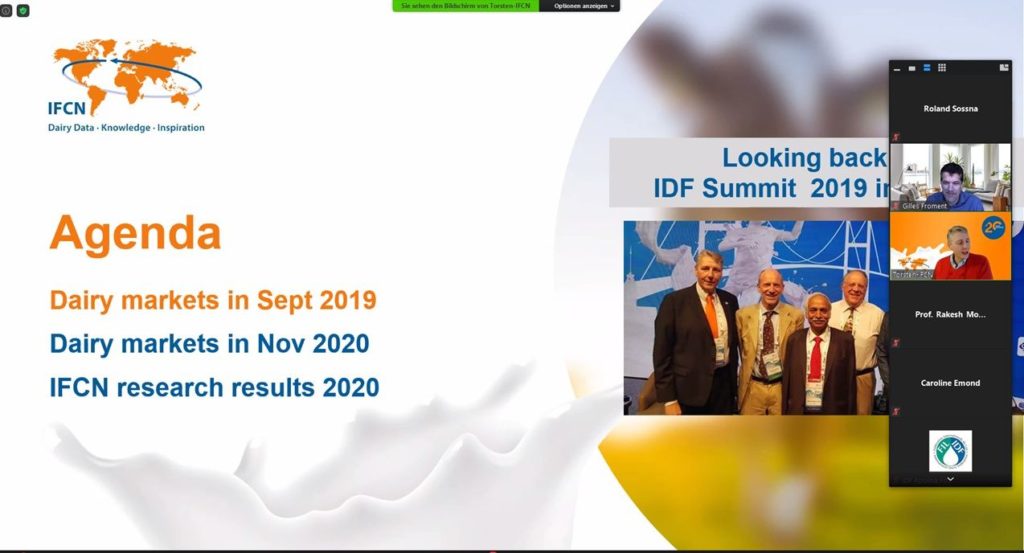 Gap between fat and protein prices is narrowing

The price gap between protein and fat is narrowing again, Dr Torsten Hemme, IFCN, said today at the IDF web conference “SCDPE Economic Series on the evolution of dairy market signals”, which focused on the global dairy markets. Earlier this year Hemme had overestimated his expectations regarding the market disruption caused by the pandemic. Prices had not fallen as sharply as feared, he said, and the markets were now in equilibrium in the short term, with a milk price derived from futures of US$ 35 to 40 per 100 kg of milk. It is possible that the effects of Corona are already over, Hemme said, and the markets are in a new normal state. The only uncertainty that currently exists is the level of stocks at the various links in the supply chain, for example as a result of hoarding.

An IFCN survey on how to improve the self-sufficiency of emerging markets in milk showed that an overwhelming majority of the 412 respondents (78%) were in favour of improvements in the competitiveness of milk producers and the supply chain. 11% believed that greater self-sufficiency could be achieved by stabilising milk prices, while 6% voted in favour of closing off markets through tariffs and subsidies.
IFCN recently published the Dairy Report 2020, which looks at the dairy industry in 123 countries. More information is available on dairyreport.online.

IFCN will soon publish the Dairy Processors Report 2020, which looks at the top 20 dairy processors worldwide.