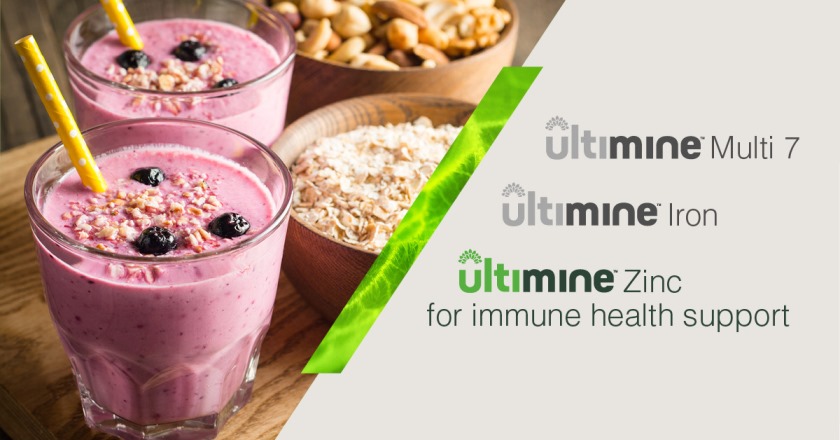 Naturex, part of Givaudan, is expanding its Koji minerals portfolio with the launch of Ultimineä Zinc. Developed in partnership with Cura Global Health, this latest ingredient solution for supplements, food and beverages is the perfect complement to the range’s existing offer of Ultimineä Iron and Ultimine Multi 7. Available in powder and granule form, Ultimineä Zinc is suitable for use in tablets, capsules and gummies, and guarantees compliance with Non-GMO, Kosher Pareve, Halal and vegan labelling.

Ultimineä Zinc offers an excellent source of zinc, delivering an 11mg dose in a 200mg serving. It is produced using a patented fermentation process, during which koji culture biomass incorporates food grade zinc. The resulting product is a dried biomass, rich in protein, that naturally encapsulates the zinc – responding to growing demand for mineral ingredients from wholefood sources.

In December 2019, Ultimine zinc as well as other Ultimine mineral products obtained Generally Recognised as Safe (GRAS) status for legal use in a wide range of applications, including beverages marketed as functional drinks, fruit juice, breakfast cereals and bars, meat substitutes, rice and pasta. The US Food & Drug Administration (FDA) responded to the company’s GRAS Notice (GRN) with a ‘no objection letter’, thereby agreeing with the safety assessment under the condition of use.

Nearly one third of the global population suffers from a zinc deficiency, according to the World Health Organisation. America’s Centres for Disease Control & Prevention considers it to be one of six essential minerals that are key to fighting micronutrient malnutrition. In the European Union, zinc is subject to several authorised health claims, reported by the European Food Safety Authority,  including one relating to the normal functioning of the immune system.

Said Timothée Olagne, Global Category Director, Nutritional Ingredients: “Ultimineä Zinc is the world’s first fermented wholefood zinc supplement. It delivers high levels of zinc in a small dose and can be used in a range of food and nutrition applications. With broadly recognised regulatory acceptance, it offers an exciting new source of zinc, an important nutrient that many people do not get enough of.”

Known as the ‘miracle mold’, koji is a culture that is widely used to make fermented products such as soy sauce, miso, amazake and sake. It has enjoyed a higher profile in recent years as a result of growing consumer interest in fermented foods and beverages, including kombucha, kefir, kimchi and vinegar. For more visit naturex.com