A number of associations and companies such as Oatly, Nestlé, Unilever and Upfield addressed the European MEPs on 28 August 2020 in a letter which specifically calles for a softening of the protection of original dairy product designations. As part of the implementation of the Farm-to-Fork strategy, the EU Parliament will vote in mid-October on a reform of the agricultural market organisation which, among other things, is to continue the protection of designations such as milk, cheese, yoghurt, butter or whey exclusively for original dairy products.

The protection of dairy terms (yogurt, butter, milk,etc) is based on the Codex Alimentarius and enshrined in the acquis communautaire for more than thirty years. Recently, its well-foundation and necessity for enhanced consumer protection has been underlined – and even strengthened –  by the European Court of Justice in June 2017 (ECJ C422/16, ‘tofu-butter’).

Alexander Anton, Secretary General of European Dairy Association (EDA), comments: “If I would be with Nestlé, a company that was claimed to be the number 1 in the Global Dairy Top 20 ranking by Rabobank last week, I would feel ashamed to see the Nestlé logo on such a letter.” 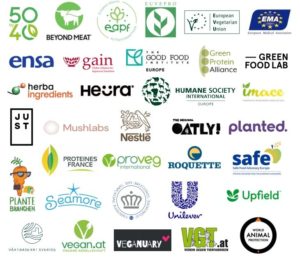