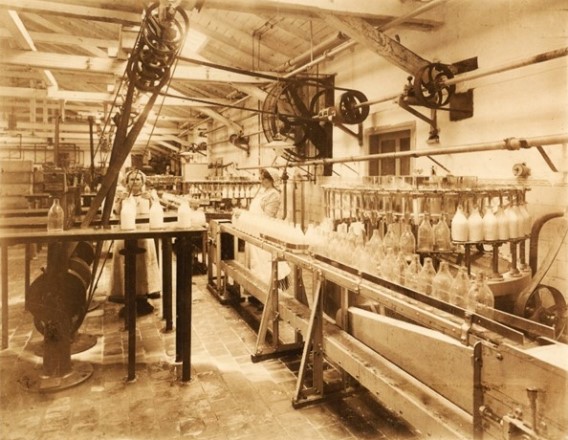 The Schwaebisch Hall-based company “GASTI” is celebrating its 120th anniversary in November 2020.

Looking back 120 years…..It has all started at GASTI back in the year 1900, when the glue manufacturer Adolf Diemer was tired of manually filling leather grease (shoe polish) into cans. It was a mess, especially when the cans were overfilled and the sticky grease was spreading on tables and floors. So he looked for a technical solution and remembered an old light-casting machine in the attic, which was used to make stearin candles. Adolf Diemer’s vague idea was to use this machine to fill the leather grease into cans. He instructed his mechanic Karl Ganzhorn to convert them, who – after much trial and error proudly demonstrated the result in the small workshop: a pouring trolley – basically the first filling machine.

A friend who was the owner of the Werner & Metz company in Mainz examined the “Ganzhorn” filling machines and immediately ordered ten pieces – for the production of “Erdal” shoe polish, which already enjoyed a worldwide reputation at that time. Ganzhorn had to complete this first order for 10 pouring trolleys on its own within a short period of time. He didn’t like the massive order since, after all, he was employed by Diemer. However, the glue manufacturer encouraged him to set up his own company and even made available a small workshop in Klingenweg in Schwäbisch Hall. For more visit imadairyfood.com