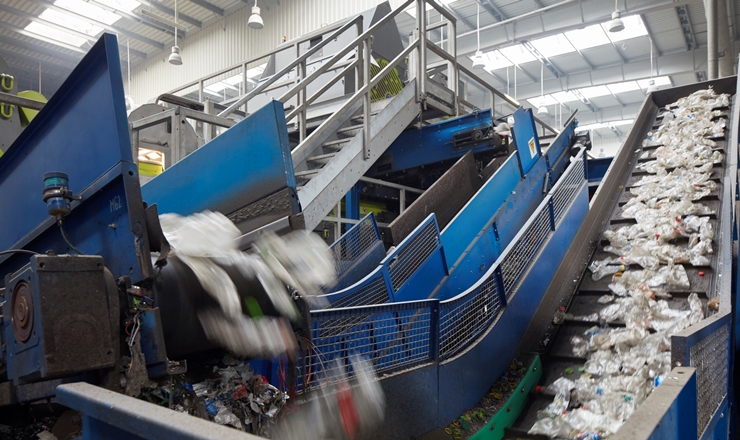 50 million euros a year for recycling

The ALPLA Group, a world leader in the development, production and recycling of plastic packaging, is to invest up to 50 million euros a year on average between now and 2025 in further expanding its recycling activities. In particular, it plans to globalise its activities in the area of high-quality recyclates in order to close the materials cycle in as many regions as possible.

In 2018, the packaging and recycling specialist the ALPLA Group signed the Global Commitment of the New Plastics Economy (an initiative of the Ellen MacArthur Foundation) and committed to spending a total of 50 million euros to expand its recycling activities up to 2025. ALPLA is now significantly increasing this investment target. From 2021, an average of 50 million euros a year will be ring-fenced specifically for recycling.

Said Georg Lässer, Head of Corporate Recycling at ALPLA: “We have been very active in the past two years. We succeeded in initiating bottle-to-bottle projects around the world, including in Asia, Europe and Central America. We nevertheless continue to see increasing demand on the part of our customers all over the world,’  This sustained demand gives ALPLA the opportunity to kick-start further investment projects.

Continued Lässer who sees long-term development opportunities in countries outside of Europe: “Customers around the world enquire about packaging made with a proportion of recycled materials, including in Africa, the Middle East, South East Asia, China and India. This market is now highly competitive. We secured a strong market position early on in Western Europe with our own plants and partnerships, and this is something we want to further consolidate.”

Günther Lehner, Chairman of the Company Advisory Board, stresses that the company will focus on high-quality application areas in new regions: ‘Our aim is to establish a bottle-to-bottle cycle – including in regions in which the recycling of waste does not currently play a large part. Our plants in Austria and Poland have done pioneering work. Day in, day out, we are demonstrating that used packaging is of value and that there is great potential in a recycling economy. We want to boost this understanding in more countries.”

Its move into HDPE recycling in 2019 represents another milestone for ALPLA. This is being continued with the construction of a plant in Toluca, Mexico, which is scheduled to go into production in autumn 2021. The company is also currently creating a PET and HDPE recycling plant in Thailand together with a cooperation partner. Capacities at the existing plants in Austria, Poland and Germany have been expanded over the past two years and just recently, ALPLA announced the installation of an rPET extrusion system at one of its own preform plants in Italy. In all, the annual capacity of the ALPLA recycling companies, joint ventures and partnerships amounts to approximately 130,000 tonnes of PET and 60,000 tonnes of PE.  For more visit alpla.com

Faber to step back as Danone CEO